Earlier this month, Republicans unveiled the framework for a new tax reform bill.  While not directly related, the new reform bill may have some influence on whether or not the 179d federal tax deduction gets extended.  Of course, the current proposal is only a framework and many things can change between now and when (or if) it becomes law.  You can read more about how this bill affects the current status of the 179d extension in our post: 179d Extension October 2017 Update.

Congratulations to Crossroads Tavern on opening their location in Downtown Rogers.  Forward Engineers was honored to have been a part of the design team for this project.  Our staff prepared the mechanical, electrical and plumbing drawings for the remodel and reconfiguration of this historic building.  Since our offices are upstairs in the same building, we had the unique opportunity of seeing (and hearing) the construction progress from demolition to final touches.

If you are in downtown Rogers, you should check them out.  When you are done, come on upstairs and stop by our office to say hi.  We are excited to have Crossroads Tavern as our new neighbor and wish them the best.  You can check out Crossroads Tavern’s facebook page for more information.  Here are some photos of the project: 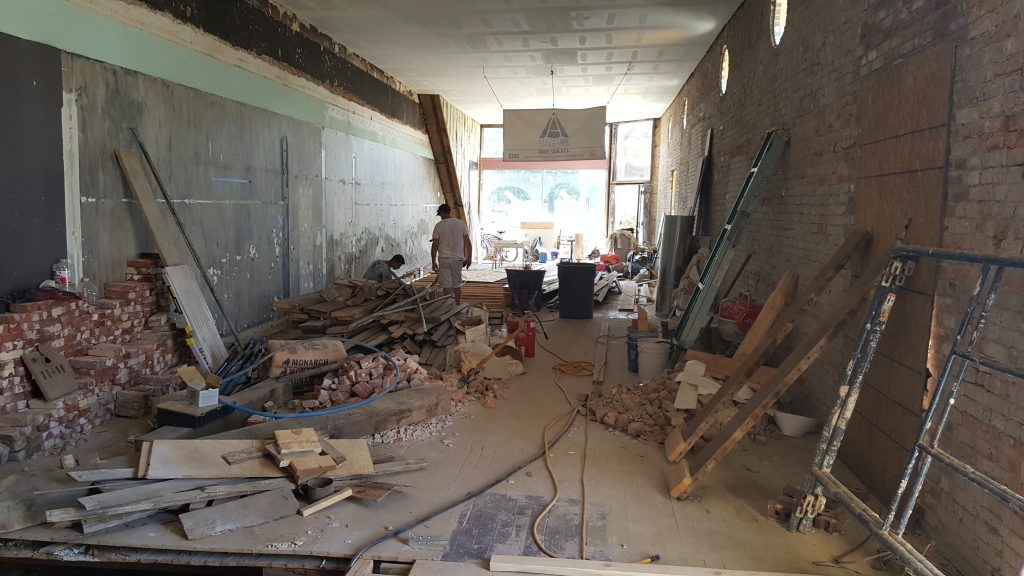 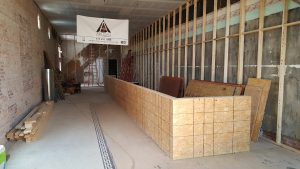 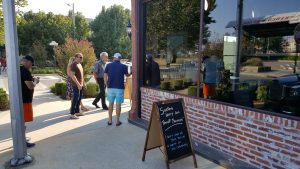 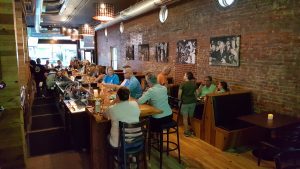 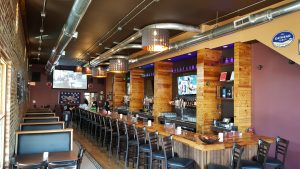 It’s been a few months since I have provided an update on the efforts to extend or make permanent the 179d federal tax deduction for energy efficient commercial buildings.  Originally passed in 2005, the 179d Tax deduction allows building owners with energy efficient components (i.e. lighting, HVAC, envelope) to receive a federal tax deduction up to $1.80 per square foot but not more than the cost of the equipment.  The law has expired multiple times in the past and has continuously been renewed, sometimes retroactively, with small changes and updates along the way.  Most recently, the law expired on December 31, 2016 and properties completed since then may not be currently certified.

Various bills have been submitted this year in both the House and the Senate to extend, modify or make permanent this deduction including H.R. 3507 which would make the deduction permanent. As in years past, the extension will most likely be packaged into a much larger bill that extends, tweaks or fixes many aspects of the tax code before the end of the year or shortly after the new year.  The reason for this timing is due to pressure from businesses and the IRS who must begin working on their 2017 taxes and need to know what the final tax code is.

Something that may greatly influence the discussion on 179d (and other tax code questions) is the recent introduction of the Republican’s new tax plan on September 27.  This plan would make many changes to both individual and corporate taxes, but the provision allowing companies to deduct the value of new business investment the year it is made, rather than through depreciation that can take place over many years, may directly affect the 179d extension debate.  The 179d tax deduction was a tool in past years for businesses to avoid depreciation on all or part of an investment by allowing them to deduction part or all of the cost in the first year.  This change to the tax code could reduce or eliminate the need for deductions like 179d to exist.  Of course, this is only a framework for a future tax reform bill and many changes could be made between now and when/if it becomes law.

Stay tuned for more information on 179d extension news.  For now, projects completed on or before December 31, 2016 can still be certified but projects completed after this date must wait for the law to be extended.  If you have a recently completed or upcoming project or would just like more information on the 179d tax deduction and how it could benefit your business, please contact us.  Forward Engineers has many years of experience certifying multiple types of facilities for the 179d certification.  We are a client-centered firm and strive to provide services that are on time, on budget and exceed expectations. We would love to work with you on your next project!