It’s been a few months since I’ve written about the efforts to extend the 179d tax deduction.  Unfortunately, the reason for this is there has been little real movement towards an extension.  Even so, I want to provide as much of an update as possible.

To recap, a few bills have been introduced in the house and are currently sitting in committee.  I spoke with some elected representatives earlier in the year and they said it was likely that the the 179d extension would come up once the federal budget was approved.  As I predicted back in February, once the appropriates bill was completed Congress turned its attention to healthcare and hasn’t done much else.

A new bill was introduced into the Senate last month, The Clean Energy for America Act (S. 1068), which would extend the deduction through the end of 2018 while also making some major changes to the 179d deduction.  The bill changes the baseline building from ASHRAE 90.1-2007 to ASHRAE 90.1-2016 meaning that buildings would need to be more efficient to quality.  The incentive amount structure is also changed to a formula in which the owner receives a greater deduction when the building performs above and beyond the baseline.  If this bill gains traction, I will definitely be back with a deeper analysis on what these means for future projects.  Until then, this bill will mostly likely stay in committee.

There is talk of an upcoming tax reform bill to be taken up and passed sometime this fall.  My hope is that the 179d extension would be included in this package.  However, I won’t be surprised if it’s left out.  If that is the case, expect a vote at the end of December or sometime in January to extend the deduction and to make is retroactive for projects completed in 2016.

If you aren’t familiar with the 179d tax deduction, it was established by the federal Energy Policy Act of 2005 and is for energy-efficient commercial buildings placed in service from January 1, 2006, through December 31, 2016.  Throughout the years, it has expired and been renewed multiple times with bipartisan support.  The deduction is available primarily to building owners, although tenants may be eligible if they make construction expenditures and own the new equipment for tax purposes.

The tax deduction of $1.80 per square foot is available to owners of new or existing buildings who install (1) interior lighting; (2) building envelope, or (3) heating, cooling, ventilation, or hot water systems that reduce the building’s total energy and power cost by 50% or more in comparison to a set baseline. Partial deductions of $0.60 per square foot are available for buildings that do not meet the 50% threshold, but individual systems provide sufficient savings to justify certification (25% for lighting, 15% for HVAC and 10% for the envelope). The deduction may not be more than the capitalized cost of the installed systems (this generally includes the cost of labor and may include recycling costs).

We will continue watching the progress of the 179d extension and put any updates we hear about here on our site.  If you are seeking to work with an engineering firm that is client-centered and strives to provides services that are on time, on budget and exceed expectations, please contact us. We would love to work with you on your next project! 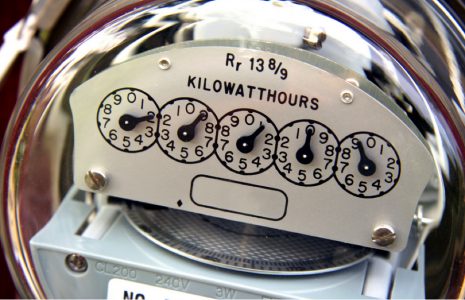 There’s and old saying that goes “you cannot manage what you don’t measure.”  This is usually connected to business management, but it easily translates to building energy costs.  If someone wants to reduce their energy usage, it is very helpful to know how much energy a building is using allowing them to identify problem areas.  Once improvements are made, it can help the owner see if they worked as expected.

Detailed building energy is typically measured using sub-metering.  While the power company’s meter keeps track of the total electricity usage, sub-meters can be put on major equipment or systems such as refrigerators, HVAC equipment, manufacturing equipment and lighting.  These sub-meters record the power draw for their individual equipment and let the building owner know how much of the energy usage “pie” it is taking up.  The downside to sub-metering is that it is typically expensive because it requires the installation of the sub-meters to work.  And because it costs more, you aren’t going to be putting meters on every item that uses electricity.

This Old House (One of my favorite shows) recently included an interesting clip of a new energy monitoring technology on their “Future House” segment.  This new equipment only requires a special sensor to be installed at the main electrical panel and very accurately records the power draw going into the home or business.  The makers of this technology found that every appliance, light or piece of equipment displays a unique power signal so it can record when something is on just by whether or not that signal is detected.  Here’s the full clip:

Once you are measuring, it’s time to manage.  You can use detailed data, like sub-metering provides, to identify appliances or equipment that are using large amounts of electricity.  Once identified, you can make changes to the building or equipment to reduce the usage and save money.  Forward Engineers can assist in measuring and managing your energy usage by completing a Small Business Energy Audit.  We will review your building and provide you with options for saving money. We’ll also review utility incentive programs to help cover the cost of the improvements. Our goal is to provide an affordable service that a business can use to reduce their energy costs. We are happy to work with you to find a solution that fits your budget. If you own or manage a building and are interested in an audit, please contact us today.

One of my favorite things about engineering is walking into a building that I helped design.  Others may think me crazy for looking under the sink at the plumbing or up at the ductwork but I love seeing what I drew on paper realized.  This month, Woof & Wander opened their new store in Downtown Rogers.  We were honored to be part of the design team for this project, and we’ve posted a few pictures of the project on our news feed.  I also encourage you to check out their store the next time you are in Downtown Rogers.