Back in August I wrote an article on the Future of the 179d Tax Deduction and laid out some of the likely extension scenarios that we would see based on what has happened in the past.  As we approach the end of the year, pressure is mounting to extend these popular tax provisions and Congress is taking notice.

According to Rep. Steve Womack (R-AR) there are not any bills currently in progress in the House for extending the 179d deduction.  The house is currently focused on passing a continuing resolution to fund the government until March 2017.  Once this continuing resolution is passed, the House can turn it’s attention to the expiring tax provisions.  Womack expects this to happen in late December at the earliest, but most likely in January.

In the meantime, check back here for updates on the extension of the 179d tax deduction.  Any projects completed during calendar year 2016 can still be certified for inclusion in your 2016 taxes.  If you have any questions or have a project you think may benefit from the deduction, please don’t hesitate to contact us.

With Thanksgiving one week away, I want to take a moment and say how thankful I am for all of our clients, family and friends that make Forward Engineers possible.  We wouldn’t be where we are today without your support.

Our biggest announcement this month is that we have joined the Rogers-Lowell Area Chamber of Commerce.  I have really enjoyed going to the networking events and meeting other businesses in our community.  We’ve also been busy posting on our website so feel free to check out some of our favorite posts from the last month:

Be sure to check our website regularly for updates or follow us on Facebook or LinkedIn.  We wish you the best this month and if you ever have need of any of our services, please don’t hesitate to contact us.   Have a great day! 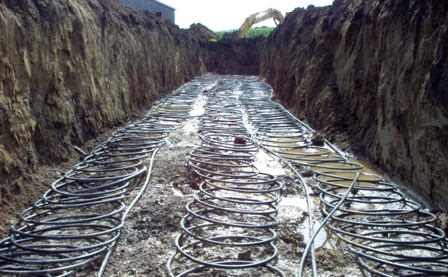 what to consider before installing a geothermal heat pump system.